It took me a while to find it (and it's not like it's a State secret or anything) but I was looking for how many "cases per 100,000" of COVID-19 the folks in charge would consider acceptable (for lack of a better word). Georgia (and a lot of places) uses the statistic but what's the benchmark?

Buried in a CDC report I finally found a number in Pennsylvania's plan to re-open their State after the shutdown. That number was 50.  (I won't swear to it, but from what I saw, only Pennsylvania had the courage to put a number to their benchmark.)

And then I just happened to hear on the BBC the next day, the United Kingdom set their standard at 40 cases per 100,000 for some type of action. Close the pubs, mandate masks, run for the hills -- I don't know what it was and I didn't need to know.  I just wanted a benchmark for when people in authority start getting worried enough to do something. 40-50 cases per 100,000 is as close as I need it to be.  Because what sparked my interest was this. 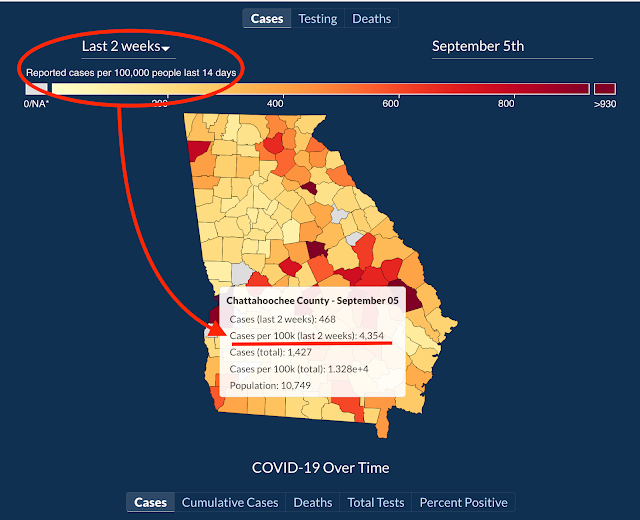 Let me zoom in so your eyes can pop too. 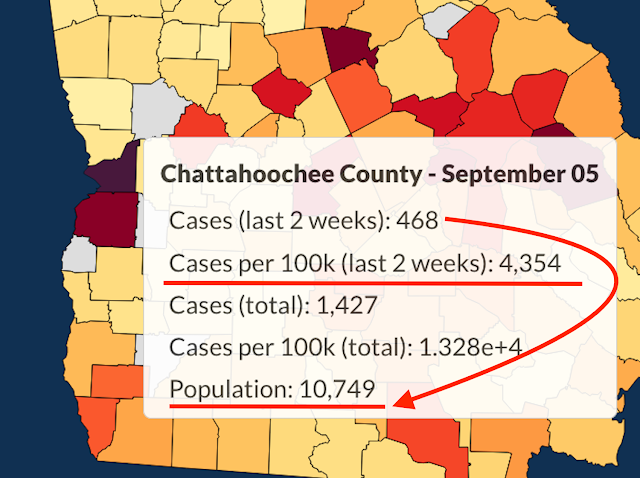 Surely that's a mistake?  I let it sit for more than a day.  It's still there.  Right there on the Georgia Department of Public Health web page.  Maybe a little local knowledge would help explain the situation.  Chattahoochee County sits just south of the 3rd largest city in Georgia -- Columbus.   That would be the location of Fort Benning.  The base takes up a substantial portion of Chattahoochee County.  (Georgia has small counties. 159 of them.) 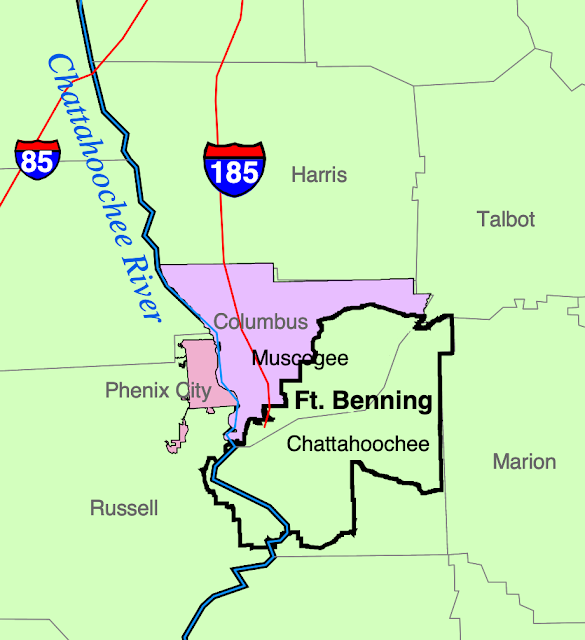 Now, I don't know that's the reason this number of cases is so extreme...it just might be why it is.  But even if it is a bunch of soldiers, that's a lot of sick people.  So I guess that would be news too.  Either the county is a heck of a "hot spot" or the Unites States Army has a big outbreak on its hands. Except it isn't.  News I mean.  I live about an hour away and I haven't heard about it.  Have you?  (Let's explore. Follow along as I find out.)

It is local news.  And once you find that, you find out at least somebody is paying attention.

"The New York Times reports Chattahoochee County had the second-highest number of COVID-19 cases per 100,000 people over the past seven days in the United States, as of noon Thursday."

(Second-highest?  Who is first?)

"Residents and soldiers in training who test positive for the novel coronavirus are counted among Chattahoochee County’s totals, officials at Martin Army Community Hospital and the Georgia Department of Public Health have previously said."

See how that works?  The more you seek, the more you find.  So it is news.  It's just news I never heard.  I guess it's hard to compete with the Trump flotilla sinking and The Atlantic's article telling us Trump doesn't respect soldiers.  (Like he respects anybody? Well, okay.)

Is that how we've come to accept all this?  Are we overwhelmed?  Are we just exhausted?  I mean, people are in the streets protesting the killing of people of color -- mostly black men by white police officers.  I agree it's a problem. And, like most "liberals", I have no problem denouncing the looters and rioters. 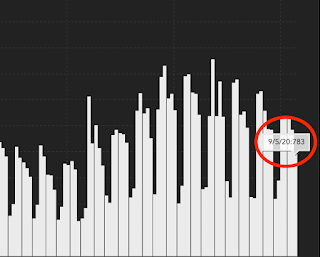 Have I told you how well my county is doing?  We've only lost 8 people since the pandemic began.  Eight.  Out of a population of almost 20,000.   Pretty good, huh? 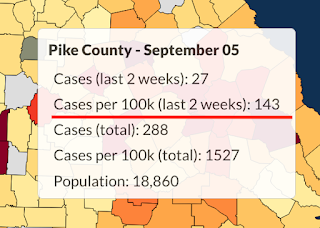 You don't get to pat yourself on the back in this game. You don't "win" it, you survive it.  That number is supposed to be below 40, not 140 (+3).  Get the Flick.  Check where you live. If your number isn't below 40, act accordingly.  Stay home when you can. Wear a mask. Limit your exposure every chance you get.

Even the Cowboy State